This family tree was last updated on February 10, 2022. The most recent event is the Death of Rukmini Kander in 2021.

Family, Friends. Thank you for being with us here today. 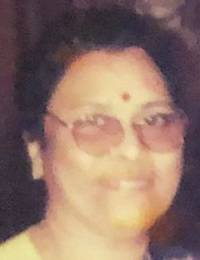 Where does a story truly begin? Does it start with the birth of the heroine? Does it end when she completes her journey? Or is it part of a larger tapestry that the universe has woven since the dawn of time?

For me, stories begin where we start to tell them. And our story begins more than 150 years ago in South India in 1863 in the vicinity of a town called Nagercoil with the birth of Pathmanathan Veloo Pillay. He was the scion of a wealthy family, but disagreements with his father, Palpanaba, led to him turning his back on the family fortune. He boarded a ship from Kanyakumari — Cape Comorin as the British called it — and got off at Mauritius where he met the family of Sinappa Pillay who were en route to South Africa.

Veloo Pillay was 20 years old when he arrived in Durban in 1883. We don’t know how it happened, but the young man married Sinappa Pillay’s daughter, Kuppamma. They had 11 children together. The ninth child, Sivathanam, was born in 1923, His father was 60 at the time.

They were a relatively poor family, living in Malvern, Natal, which at that time was considered to be a rural area. Sivathanam was 13 when his father died in 1936 and 19 when his mother died in 1942. The girls in the family were married off. The boys stood together and clawed their way out of poverty.

Sivathanam was 30 by the time he could afford to get married and start a family. His younger sister, Pathmavathee, had been tasked with finding him bride, and visited a family in Durban with daughters of marriageable age to consider their suitability. By coincidence, these daughters had a cousin visiting from East London. Pathmavathee was struck by the beauty and poise of the young maiden. A formal introduction was put in place between the families, and Sivathanam was smitten. On 28 June 1953, the two were married.

And so it was for young Rukmini who was known to the larger family as Salatchie. The idea that there was anything untoward about her marriage at such a young age never entered her mind. She had a loving husband and she was a devoted wife, and that was all that mattered. Little over a year after their marriage, their son Dayalan was born in October 1954 to be followed over the next 9 years by Yugan in 1956, Seelan in 1961, and their only daughter Jayshree in 1963.

But this did not mean that Salatchie was content to be a stay-at-home wife. With her husband’s full support, she educated herself, qualifying as a schoolteacher and taught primary school for years. Afrikaans was her forte.

What the rest of the family saw of Sivathanam and Salatchie over the years was a couple devoted to each other and not immersing themselves in larger family politics – happy together until the tragic passing of Dayalan in 1988.

No parent can reconcile with the idea of losing a child. Many a couple have found their lives permanently torn apart by such calamities. Somehow, Salatchie found the strength to persevere.

By 1997, the last of Sivathanam’s brothers, my father Soobiah, had passed away. Sivathanam had for many years suffered from a chronic lung infection and many of us in the family expected him to follow his brothers shortly after. Salatchie was having none of it. She looked to her husband’s needs with a devotion I have rarely seen in couples. She ensured that his medication was taken in time, that he was fed, and kept warm. Under her care, Sivathanam outlived all his siblings to the grand old age of 86.

When Sivathanam passed away in 2010, Salatchie was devastated. From age 15, her husband had been her life. Still fiercely independent, she refused to move in with any of her children and continued to live in the home she had shared with her husband in the retirement village of Revuen near Turfontein. Her day would begin with a conversation with her husband’s photograph. Her night would end in the same way.

For the past 11 years since my uncle’s passing, I made frequent visits to my aunt. The routine was always the same: I would be greeted with a smile, I would then be gently berated for not telling her I was coming because she could then have prepared a proper meal for me, then the insistence that I have something to eat — we would finally settle on tea and marie biscuits.

Perima, as I called her, would then break out the photo albums. She would walk me through the same pictures over and over again. I never minded this — I could see it gave her joy to revisit those memories. And when I finally had to leave, she would insist that I take a piece of fruit, a plant from the garden, and I would then stand while she prayed for Namashivaya’s blessings upon me.

I strongly believe she might have gone on for years in this way except Covid happened. When lockdown levels finally lifted enough for me to visit her again, her loneliness was palpable. She missed her children who too had been forced to stay away. She felt her time would be coming soon and insisted that when she passed away, I would speak at her funeral as I had done for my late uncle. She was desperately anxious to renew contact with her son Yugen whom she had not seen or heard from for years.

Perima passed away on Friday, 17th September. She died peacefully in bed at Jayshree’s home. It was bittersweet for me. I had turned 60 two days before and had planned to visit her over the weekend. At the same time, her passing away on the first day of Purtassi, the month of prayer, would have been something she would have appreciated.

Most of us in this family, as Hindus, believe in the immortality of the soul. We believe that death is a transition for the physical body to be left behind while the soul journeys on and into the spiritual world for fresh adventures. We take comfort from knowing that she will now be free of pain. Perima certainly believed that one day, she would be reunited with her husband.

So let us not mourn her passing. Let us celebrate her time with us. Let us be grateful for her loving generous heart, her ready smile, and her blessings. 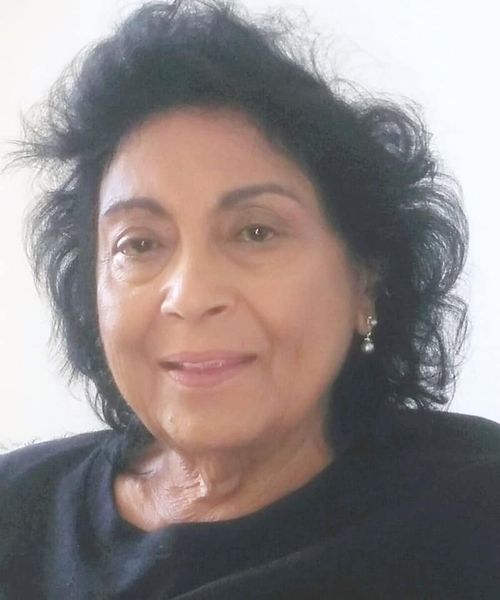 It's exactly a month short of 85 years of sibling love, the ups and down of which constantly remind me of my sister Rugubathy (known to all family and friends and especially those born and bred in Old Clairwood as just "DOLL" and even "Mamadoll", which should bring fond memories to all who read thisl lament.

Life was never easy as we lived through the War Years, the domestic upheavals which plagued us as children the early loss of our mother, and a countless other setbacks which inevitably plague all family life, her failed mariuage and new beginnings, joining and making a new life for herself, her children and grandchildren in Canada.

But it was not all doom and gloom here in South Africa which gave to us the best and most memorable days of our lives. . There were glorious days here in our beloved country, never to be forgotten as those who lived and still live in Clairwood will fondly remember.

As a young lady she was popular as an exponent of Indian Classical dancing, the Bharatnatyam and performed in many a play produced in the forties, fifties and early sixties. Even a roller skater at a time when few if any so ventured.

Our love for each other and all our siblings, and I count among them my brother Danny Boy of Bliue Ricks fame, twins Sundra and Suriah, Dickey and the youngest of them all Krishna have stories to tell which bring bitter sweet memories, more loving and sweet than bitter.

It's been a roller coaster of a ride of more than 80 years and the longevity of it all should rightly be considered as fortunate and gifted. Not many enoy the longevity of sibling love, care and compassion as we did as family.

I know that as a sister she bathed in the glory of my suceesses in life and shared with me the low moments too.

She loved all family unconditionally

Her last days saw her put up a great fight against a dreaded cancer, but it was COVID that had the final say.

She longed to make one last visit to South Africa to be with family but it was not to be.

This has been a difficult time for family,the recent loss of my dear sister in law Savy in Australia, my daughter NIRVANA'S Father-in law Andrew Matai and now my sister, "Dearest Doll"

Rest in Peace my dearest sister. Think of the good times.

Many family members appear in this video.

The genealogy information on this website is an ongoing project triggered by the death of my father on 31 August 1997. More than two decades have passed since then and many of the people who provided me with information have passed away.

Most of the information is only accessible if you have a login on this system. This is for reasons of privacy. To create an account for yourself, click the "login" button on the top right corner, create a new account, and wait for me to authorise your access.

To use the information, choose one of the charts from the Charts menu, go to the Individual list, or search for a name or place. There are little help icons (question marks) scattered throughout the site which you can click on to give you information on how to use the page that you are currently viewing.

Remember when viewing lists that the person's name might not be what you expect. For example, I am "Srikanthan" and not "Kanthan". My father is "Sivasoobramania" and not "Soobiah".

This is called "Kanthan's family" simply because I created it. The truth is though that it is as much the family of any person listed here. The oldest record, for example, is Catherine Lewknor born 1534 who is Aura's (my daughter's) ancestor on her mother's side.

Who is online
No signed-in and no anonymous users